Dear Friends & Fans,
we met Paris Hilton, during the first Mallorca Fashion Week, on her current "GOLDEN RUSH WORLD TOUR"
(presentation of her new fragrance!) and received an exclusive interview in front of the famous Club Tito`s! 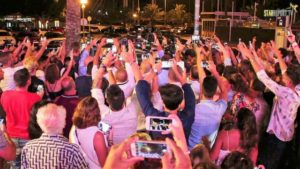 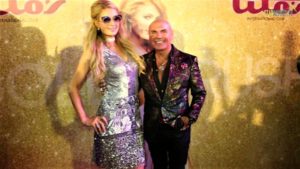 Paris & the director of the Tito`s Club Jaume Lladó

Content:
– Briefly from us
– Short scenes of the Fashion Week Mallorca (We have filmed the entire show and interviewed all designers!)
Coming soon!
– Interview with the director of the Tito`s Club Jaume Lladó
– Red Carpet: Paris Hilton arrives and performs in the front of the cameras
– Exclusive interview with Paris Hilton!
– Ending with singing and dancing scenes from her! First of all panoramic scenes – then close ups!